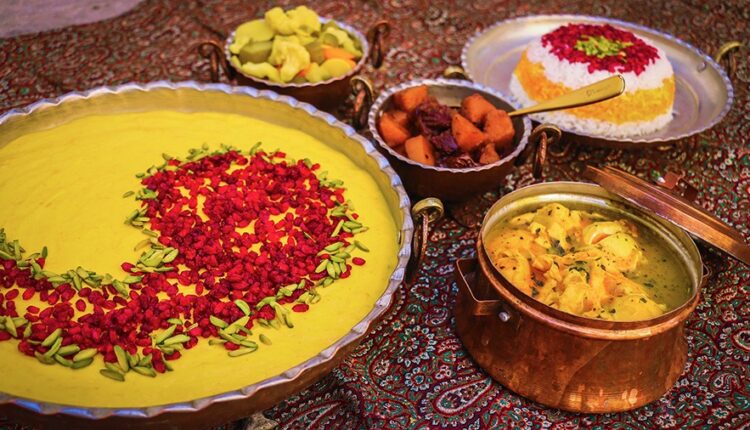 According to the public relations report of the Deputy Minister of Tourism of the Ministry of Cultural Heritage, Tourism and Handicrafts; Vali Teymouri said in a symposium on food tourism, which was attended by a group of scientific and professional activists in the field at the Persian Gulf Hall of the Deputy Minister of Tourism, said: The issue of food tourism is important for the development of the country tourism industry. Another is the realization of the general goal and policy of this field, ie the diversification of products and the distribution of travel, so that according to this issue, food tourism as a new attraction will lead tourists to various and lesser-known destinations.

Teymouri added: “The plan to identify, evaluate and rank tourist attractions, products and destinations, which is called” Shar “for short, has been one of the most important platforms for movement and policy in the field of tourism in the last two years , which has been pursued by the Deputy Minister of Tourism. It is one of the main capacities of the country that will be planned for its development in the framework of this plan.

He pointed out: In the document of Iran tourism export strategy, which has been done in cooperation with the International Trade Center (ITC); Work priorities are determined by the supply and demand of this industry. According to studies and exchange of views with stakeholders; The issue of community-based tourism was one of the priorities set out in the document, and the experience of using local food alongside rural and agricultural activities is an example of this type of tourism. According to the plan made in the framework of the action plan of the above document, the time to address the issue of food tourism is set in the second half of 1400.Prior to this issue, agricultural tourism was introduced as a new product during the administrative and operational process and received much attention. Therefore, it is expected that the issue of food tourism, like agriculture, can quickly achieve the required executive protocols, given the popularity of the issue and considering the supply and demand debate in this field. flyttfirma stockholm

The Deputy Minister of Tourism stated: According to the work procedure, process and route for the official entry of food tourism into one of the new attractions and products available in this industry, first, a working group consisting of experts, activists and professional organizations is formed. Then, simultaneously with the formation of the relevant secretariat, a section document related to product and market development in the field of food tourism will be prepared, and after that, the executive instructions for issuing activity licenses in this field will be compiled. For example, the General Directorate of Education or the Office of Marketing and Advertising should take measures at the same time, such as defining training workshops and preparing advertising packages.

The Deputy Minister of Tourism added: “Currently, there is a significant trend both domestically and internationally on the issue of food and its attractions in the field of tourism, which can be effective in the growth and development of this important branch of tourism in the country. “

He pointed out that one of the previous measures that has maintained the importance of food in tourism facilities; This is included in the process of evaluating tourism services; He said: in parallel with the development of specialized criteria for each hospitality and tourism center that include local and indigenous food in their menu; The possibility of obtaining a higher rank is considered in the evaluation process.

In the end, Teymouri, while thanking the actions and efforts of activists in this field, called the focus on the issue of food tourism and the existence of fragmented activities in this field a sign of the importance and attractiveness of this issue that can be addressed as a national capacity and economic, cultural and Have a broad social dimension.